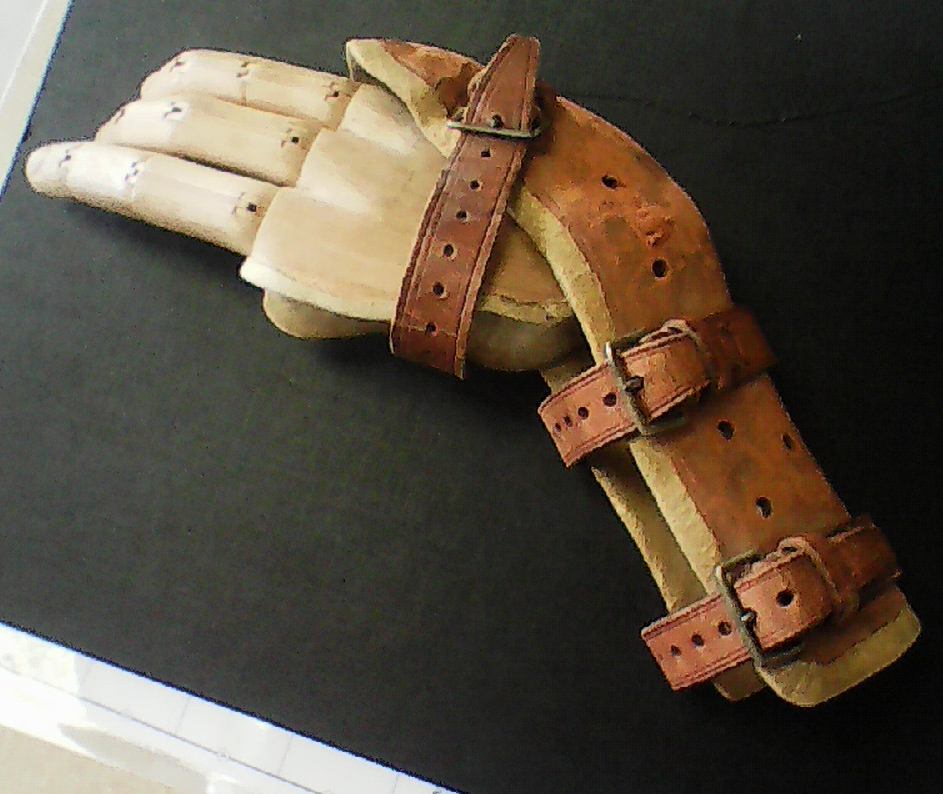 A prosthetic hand made at the Roehampton Hospital for Corporal George William Adkins, MM. Adkins was the son of a schoolmaster from Stokenchurch and a pupil at the Royal Grammar School, High Wycombe. Adkins served in the Culham College Company, 4th Battalion, Oxfordshire and Buckinghamshire Light Infantry while training as a teacher before the war. He began his teaching career in Essex, re-enlisting on 8 August 1914 into the 5th Battalion, Oxfordshire and Buckinghamshire Light Infantry. He was posted to the 1/4th Battalion in May 1915. On 16 July 1916 whilst the battalion was being relieved in the trenches, he sustained a gunshot wound to the right hand, losing three fingers. He was discharged in December 1916. Queen Mary’s Convalescent Auxiliary Hospital – known as the Human Repair Factory – opened in June 1915, and became a pioneering rehabilitation centre and provider of prosthetic services for those who had lost limbs.