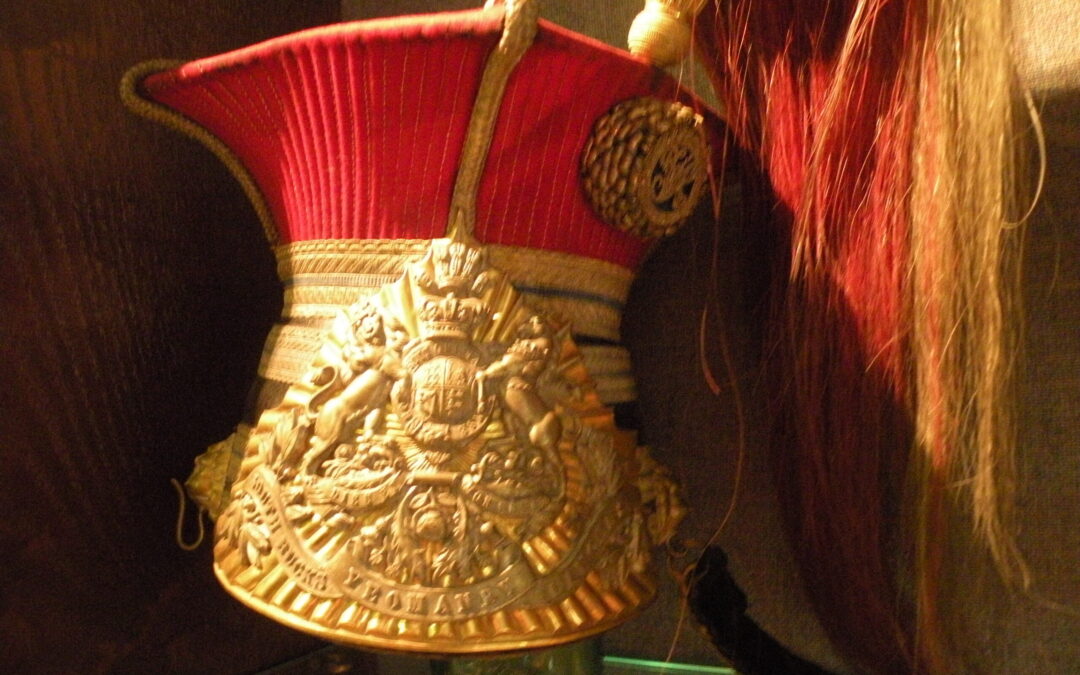 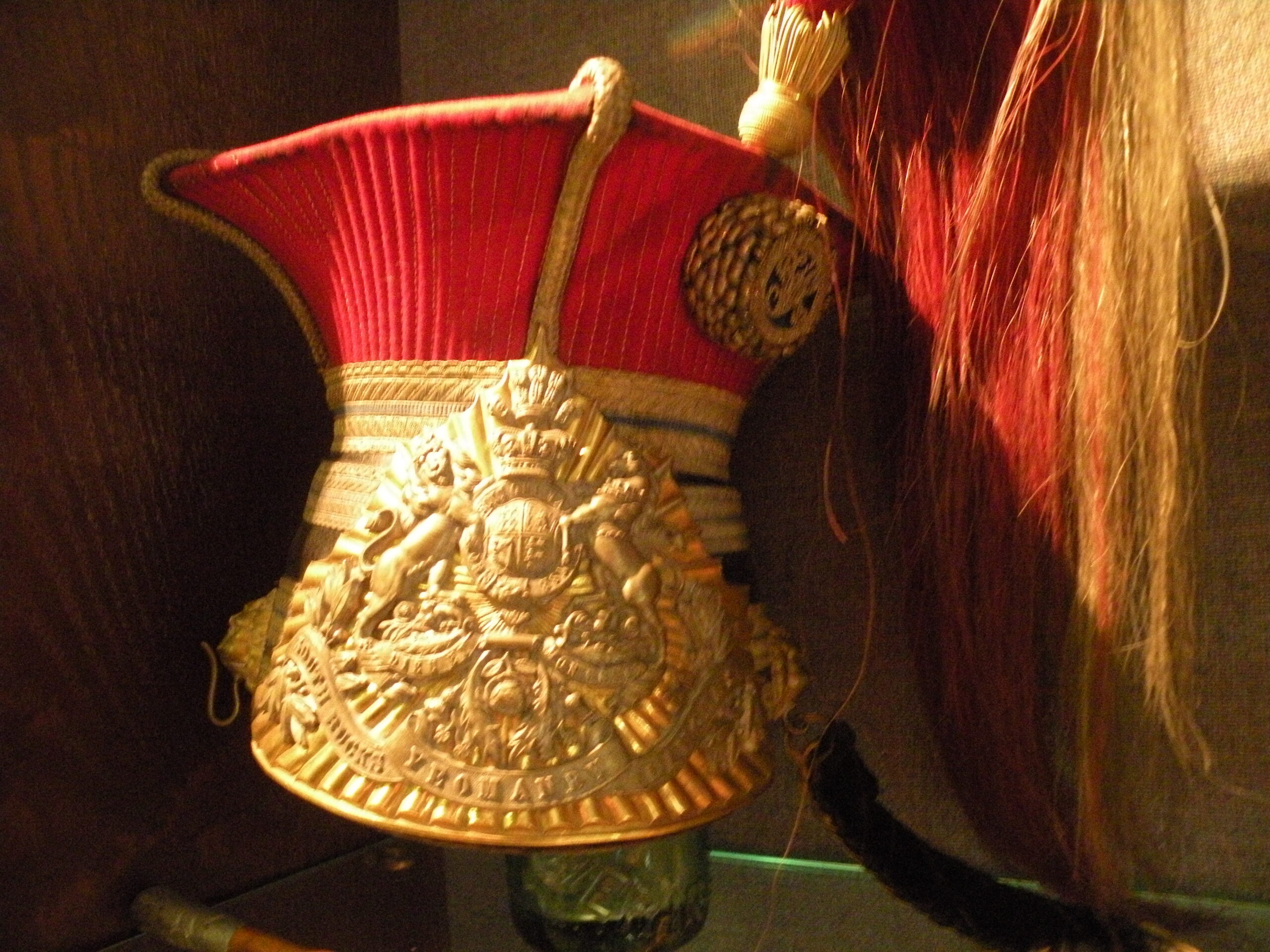 Modelled on the headgear of Napoleon’s Polish Lancers, the czapka or shapka was adopted by newly formed British lancer regiments in 1816. The South Buckinghamshire (Taplow) Yeomanry Cavalry adopted lancer unfirms in about 1863, the unofficial title of the Taplow Lancers being used from around 1869. The Taplow Lancers disbanded in 1871. Apart from this unique surviving czapka, which is minus its leather peak, the BMMT collection contains an officer’s stable jacket and cap, a sabretache, and a rare photograph of the unit.

A Taplow Troop was formed within the 1st or Southern Regiment of Bucks Yeomanry Cavalry in 1803 but it disappeared with the disbandment of the regiment in 1828. As a result of the widespread agricultural ‘Swing’ riots in 1830, Viscount Kirkwall, later 5th Earl of Orkney, raised the Kirkwall Volunteer Cavalry at Taplow, its official authorisation on 27 December 1830. It quickly became the South Buckinghamshire (Taplow) Yeomanry Cavalry. With the dangers of domestic unrest subsiding, the War Office decided once more to cease funding the troop in March 1838, but it served on without any government pay or allowances. It did so until 1 April 1843 when the Chartist disturbances allowed it to return to the official establishment of yeomanry. The troop was called out on duty to Princes Risborough in 1831, helping to protect the King’s Commission sitting at Aylesbury to try those arrested during the Swing riots. The troop also offered its services in anticipation of Chartist disturbances at Slough in 1848, but was not needed.

The annual training – usually just eight days – was held at various locations including Beaconsfield, Marlow, Burnham and Slough. In May 1863 the Earl of Orkney resigned and was succeeded as Captain Commandant by Nathaniel Grace Lambert of Denham Court, later Liberal MP for Bucks from 1868 to 1880. Lambert changed the uniform from that of a light dragoon regiment to that of lancers modelled on the scarlet tunics of the 12th Lancers. He moved the annual training to Windsor, the troop also participating in the great volunteer review at Windsor in July 1869. Increasingly, there were problems finding sufficient recruits and, in any case, the War Office decided to disband independent yeomanry units with less than four troops. The Taplow Lancers ceased to exist in May 1871. A number of men transferred to the Windsor Troop of the Berkshire Yeomanry.